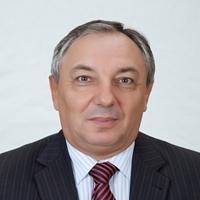 Director of the Hotel Business and Tourism Institute

Deputy head of the Department at Kuibyshev Military Engineering Academy.

Dean of the Faculty of Social-cultural services and Tourism at the Moscow Academy of Tourism and Hotel and Restaurant Business under the government of Moscow.

Director of the Hotel Business and Tourism Institute of RUDN University.

Author of the monograph and more than 50 scientific articles and methodological guides, including 27 articles and study guides on special themes.